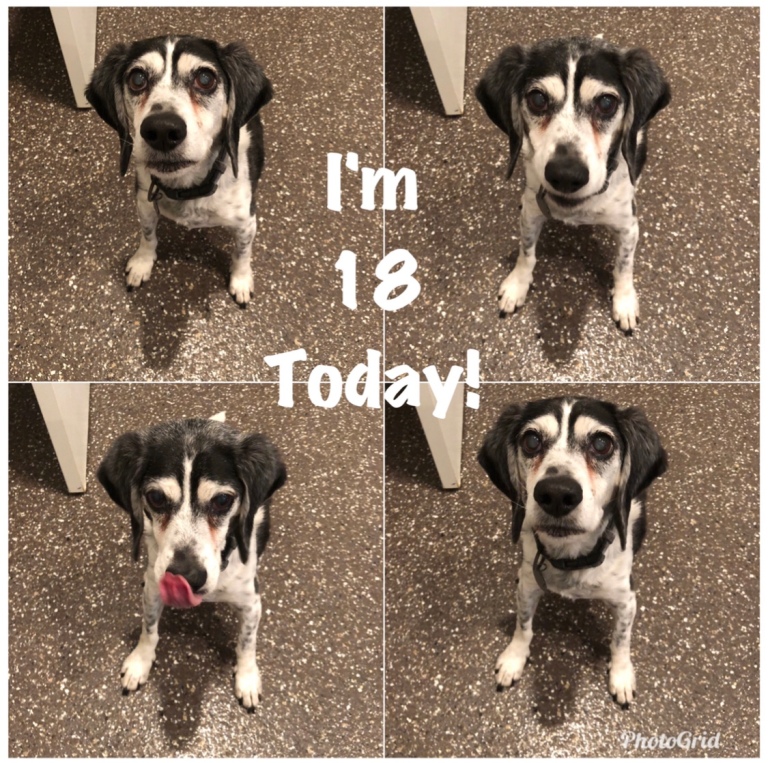 There’s no better way to start every new year than with my sweet bagel’s birthday! Granted this is his adoption day and we have no clue exactly how old he is, but when I started fostering him in October of 2005 they told me he was at least 4 or 5 so I made his adoption day his “5th” birthday!

His journey home started in 2005 with Hurricane Katrina. He was rescued from flood waters and shipped to a shelter in Houston, TX. Once those shelters were full, the dogs that hadn’t had an owner come forward were dispersed to other shelters throughout the state. Louie wound up at the shelter in Bryan, TX which is where I first laid eyes on him. I was volunteering at the shelter and they brought me this small beagle to bathe. He had just been returned by two girls who had adopted him because they said he was “too scared and didn’t want to play.” I looked into his sad eyes and loved on him while I gave him his bath- he shook uncontrollably during the entire thing. I inquired about fostering him because I knew the longer he was in the shelter, the worse off he would be. Louie needed a home that would teach him how to love and trust again. I brought him home the very next day and he instantly started to teach me patience. I was never the most patient person, but if I had to pick a defining circumstance that taught me the value of patience it was bringing him home. 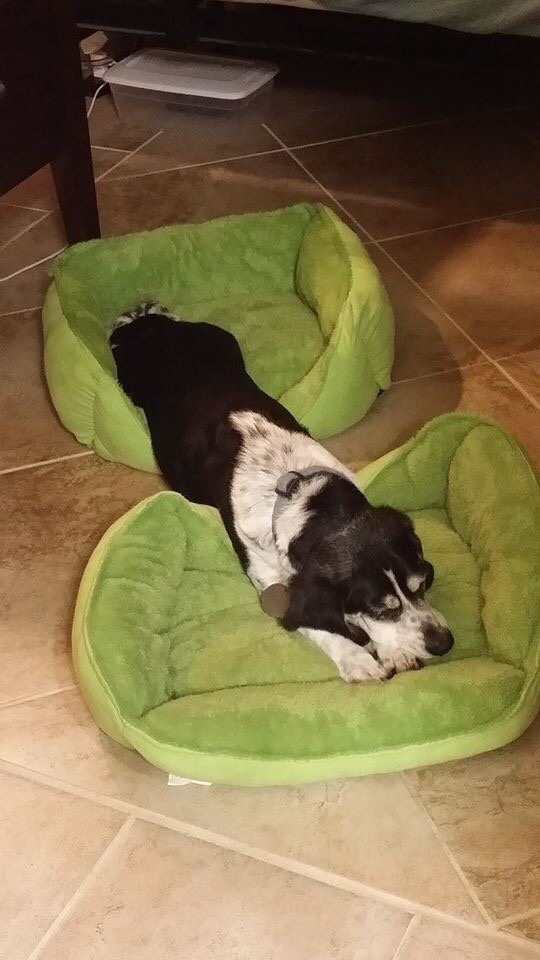 For those of you who aren’t familiar with beagles they have a nose on them like nothing I’ve ever seen. They can catch a scent and have an uncanny ability to lose track of any possible thing they’ve ever been taught and follow that nose to the source- 99.9% of the time for Louie this was some sort of food. He only trusted Java and every time he went outside I would have to leave the back door open and hide before he would come inside. Java enjoyed showing him how to be a dog that could be spoiled and I quickly realized that if I broke the bond they shared that Louie would have almost no chance of finding a forever home that would accept all his unique challenges. It didn’t take me until January to figure out that I wanted to adopt him, it only took me that long to find a way to adopt him. I was a broke college student and couldn’t easily afford another outrageous pet deposit. Thankfully, my best friend’s parents and another friend of mine helped me out with a plan for them to adopt him and me keep him (not that I’m advocating this by any means, but in this instance it worked out).

After adopting him he still tried my patience on a daily basis, but I never stopped loving him. Here we are 13 years later and he has all the same traits as he did before- he just moves a little slower and sleeps more often. He hollers every night at dinner time and has to clean everyone else’s crumbs out of their bowls following each meal. His nose still gets him into trouble. When I adopted him he had heartworms and we treated them twice. He was still heartworm positive, but doing a third round of the treatment could very likely have killed him. He eventually turned up negative for heartworms, thankfully! He had his check up about a month ago and the vet was amazed at how great his bloodwork looked in general, much less for an almost 18 year old pup, so that gave me some comfort.

Though he wasn’t a senior when we adopted him, he was a middle-aged adult and he’s only gotten better over the years. The black on his fur has turned quite gray and he has crinkly old man lips. He still fluffs every single bed he tries to lay in and circles around 6 or 7 times before he lays down. He always has water in his kennel when we leave the house, but when we get home he runs to the main water bowl and drinks water like he’s dying of thirst. He paces the perimeter of the backyard sniffing every inch of it on a daily basis. He will stand and stare at you if you are in his spot on the couch until you are so uncomfortable that you get up and move. He doesn’t mind unless there’s the potential of a treat involved, and his cooperation even then can be a little dicey at times. About once a week I look over at him on the couch and I can’t tell if he’s breathing. I think to myself “this is it,” but after I spend what feels like forever staring at him he always gives me a little sigh or moves his foot and my own heart starts beating again. I know our time together is on the downhill slope, but I am so grateful for each day that he’s still with us. In the meantime I will continue to love him, feed him, medicate him, and let him be the bagel he has always been! 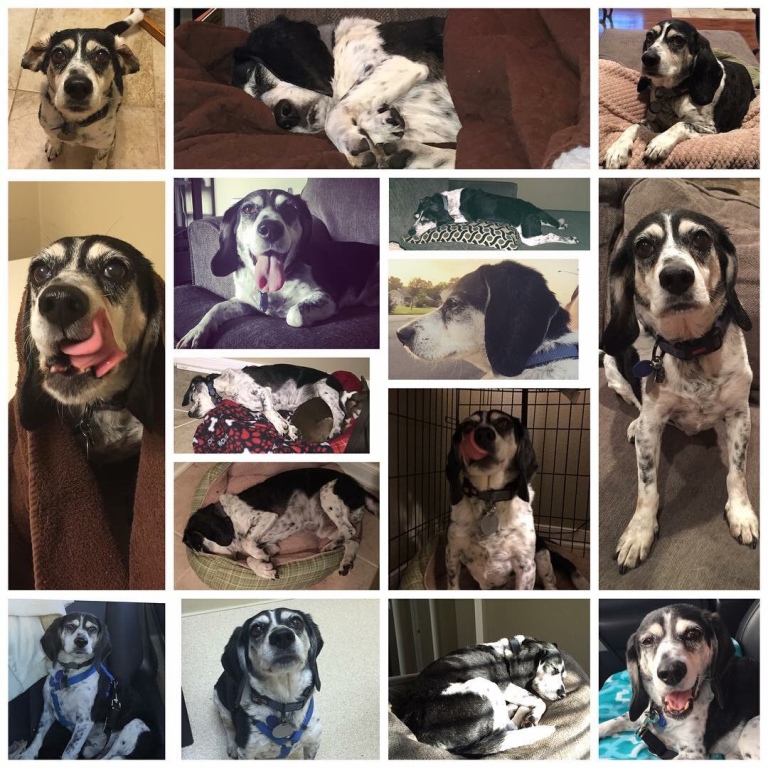