It’s been a while since I’ve updated on our adoption process and people keep asking so here it goes:

We decided we wanted to adopt and I spoke with a few different agencies before landing on the one we chose. After speaking with the wonderful woman who mans the show at this agency we decided it would be best to wait to get everything completed until we get back from our cruise this summer.

We got moved into our house May 9 and it’s better than I ever dreamed it would be. We still have some little things to do here and there, but overall I’m feeling pretty proud of the functionality of my home design. I can’t take all the credit though because Carter picked out so many things that gave the house it’s unique look. I have zero visualization abilities so until it’s done, I can’t even begin to see what something is going to look like. We’ve got all of our furniture with the exception of a coffee table which I’m having a heck of a time trying to find. We see deer every morning and evening from our back porch which is my absolute favorite part of being out in the country. They will come right next to the fence line and torment the dogs. I can’t believe they aren’t scared of 12lb dachshunds [insert sarcasm]. Truthfully though, the dogs only bark for a few minutes and then they and the deer just stare at one another while I video them on my phone.

Back to the adoption process- we have our home study next week and it gets more stressful as the day gets closer. I suppose it’s mostly because I don’t know what to expect. I’m not one to hide who I am so hopefully the lady doing the home study likes what she sees. I don’t like my future being in someone’s hands other than my own.

We have each had to have fingerprinting, federal background checks, and state background checks, in addition to completing hours of online education and over 100 pages of forms. Carter said “geez, it would be easier if we could just have a kid because they don’t even do all this for women who get pregnant.” Ya, no kidding- maybe we should try that! In addition to all the tasks and forms we have completed, we have to make a book to basically market ourselves to prospective birth parents. This, by far, has been the most difficult part of the process. The goal is to sell yourself to the birth parents without sounding “braggy.” It’s been a challenge for sure, but hopefully it turns out well.

In addition to moving and preparing for our home study Stanley developed what we are thinking is a neurological disease that is causing intermittent paralysis in one of his hind legs. The disorder is called degenerative myelopathy and it is a progressive disease that has no cure. Essentially the paralysis creeps it’s way up the spinal column until the dog loses control of their bladder and bowels, then everything else goes after that. It is extremely rare in dachshunds and A&M neurology didn’t give us really any answers, but if it walks like a duck and talks like a duck we are going to treat it like it’s a duck. That being said we have been doing electro-acupuncture and water therapy a couple of times a week since the end of May and he’s doing quite well. He still drags his foot at times, but he isn’t depressed anymore and doesn’t appear to be in pain so we will take the W’s for now. 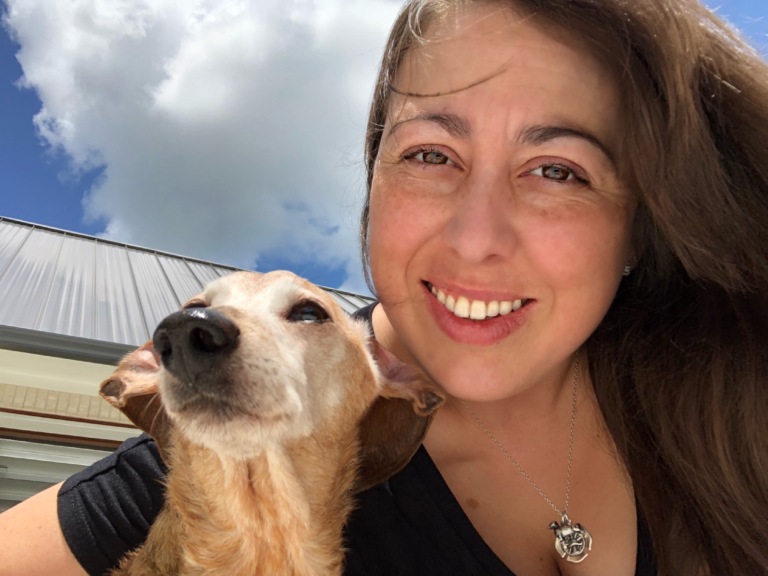 (enjoying the beautiful weather outside with Stanley)

That’s about all I have for now, but please send some positive juju our way next week so we can get the home study crossed off our list!